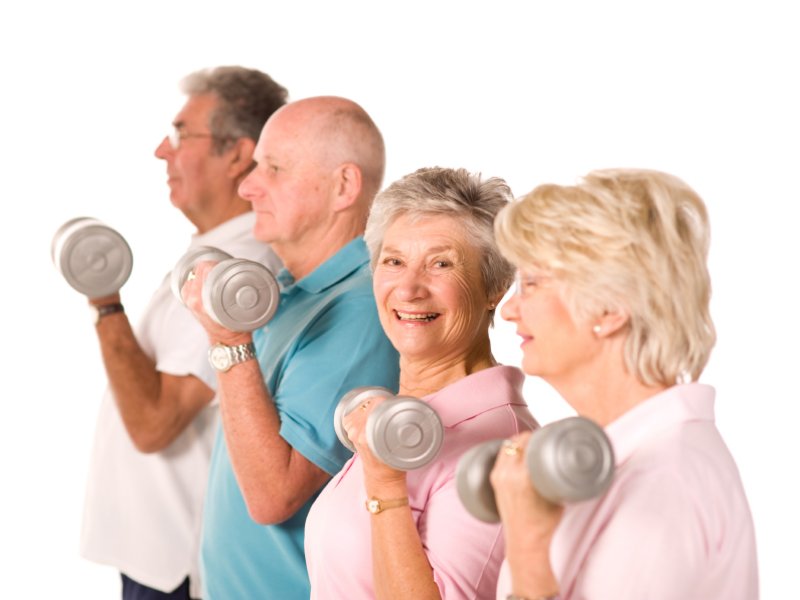 But no improvement in memory

Exercising for 52 hours over a 6-month period may be an optimal dose for cognitive improvement in older adults, a systematic review of 98 randomized clinical trials suggested.

Interventions that averaged 52 hours over a span of 6 months — averaging about an hour, 3 times a week — were linked to specific cognitive improvements in adults with and without cognitive impairment, reported Joyce Gomes-Osman, PT, PhD, of the University of Miami Miller School of Medicine, and colleagues in Neurology: Clinical Practice.

“The constructs of cognition that were most amenable to exercise were processing speed and executive function,” Gomes-Osman told MedPage Today. “This is an encouraging result because those two constructs are among the first that start to go with the aging process. “This is evidence that you can actually turn back the clock of aging in your brain by adopting a regular exercise regimen.”

Interestingly, statistical associations did not hold for memory improvement, noted Art Kramer, PhD, of Northeastern University in Boston, who was not involved in the study. “Despite the fact that animal studies have found robust memory benefits from exercise, memory benefits were not consistently observed in the human studies that were reviewed.”

Gomes-Osman’s group searched medical databases in December 2016 for randomized controlled trials that tested the effect of exercise on cognition. After a review of 4,612 relevant studies, they included 98 trials with a total of 11,061 participants in their review. Participants had an average age of 73 and 67.58% were female. Of the total sample, 59.41% of participants were classified as older healthy adults, 25.74% had mild cognitive impairment (MCI), and 14.85% had dementia.

The clinical trials assessed exercises that included walking, biking, dancing, strength training, tai chi, and yoga over spans from 4 weeks to 1 year. Most participants (58.2%) did not exercise regularly before enrolling in a study. Most studies used either high (37.8%) or medium intensity (36.7%) exercise.

Within aerobic exercise interventions, the most common exercise was walking, Gomes-Osman noted. “It’s encouraging to know that you don’t need to be running. If you start walking, you’re going to get benefit. But this is not window-shopping; this is walking. It’s physical exercise, not just physical activity.”

Since most participants did not exercise regularly before joining a trial, this data also “strongly supports that decreasing sedentary behavior is something associated with brain health,” Gomes-Osman said.

The effect of exercise on overall cognition is not clear because so few studies have assessed this, she added. And it’s possible that future trials — ones that compare different types of exercise, or evaluate exercise in both physically fit and sedentary people — may show different results.

Nonetheless, some cognitive benefit is clear. “I believe in giving people knowledge about outcomes,” Gomes-Osman said. “If you tell people to be active, they may be less interested overall than if you say ‘You can do this, this, this, or this, and you need to keep it up a couple times a week for about 6 months, and then you should get a benefit.’ I think that’s a better sell for patients.”

The study was supported by the Evelyn F. McKnight Institute at the University of Miami Miller School of Medicine.